• The most common primary cancer affecting the liver, almost 8 out of every 100 000 Australians will develop this disease
• The incidence of this cancer has been steadily rising in Australia over the last 30 years due to both better detection methods, and the rise of chronic liver disease (= cirrhosis)

What are the risk-factors for liver cancer?

How is liver cancer diagnosed?

How is liver cancer treated?

• It has been well-proven that successful removal of all metastatic colorectal cancer deposits to the liver prolongs survival
o Most often this involves surgical resection of a portion or multiple portions of the liver to ensure all the cancer is removed
o It is important however to ensure that once all the deposits have been removed that enough liver is left for the patient to survive
• Sometimes other procedures might be completed to improve the likelihood of all the cancer deposits being removed, these include:
o Removing the main blood supply to one part of the liver in order that another part grows so that a more extensive liver resection can be undertaken to remove all the cancer deposits (= portal vein embolization)
o A 2-stage approach (that is, resect deposits in one part of the liver at one time, and then return and remove the remaining deposits at another time, often after the remaining liver has been allowed to grow)
o Burning of one or multiple cancer deposits (= ablation)
• Because liver metastases may return at any point following liver resection to remove them, some patients may have multiple liver surgeries to remove different deposits over the course of their lifetime

Benign growths and diseases of the liver

Liver cysts
o A collection of fluid lined by cells of the liver that can range from almost undetectable to larger than the liver itself
o The vast majority are asymptomatic and do not require treatment
o Complications of cysts are more common in very large cysts and include:
– Pain from pressure on the outside of the liver, known as the capsule
– Bleeding into the cyst
– Infection in the cyst
o Complicated cysts may be treated with surgical drainage

Liver adenoma
o An uncommon benign lesion of the liver, with some sub-types associated with developing liver cancer (= HCC)
o 11 times more common in women compared to men, with 90% of women diagnosed having current or previous use of the oral contraceptive pill
o May be treated with cessation of the oral contraceptive pill, whilst other patients may require ongoing surveillance imaging to ensure the lesion does not grow
o Some patients require resection of their lesion(s) including those >5cm in size, those affecting men, and any that are causing complications such as bleeding

Hydatid cyst
o An uncommon infection of the liver caused by a parasitic worm called Echinoccus
o Typically affects farm-workers, often amongst Australian migrant populations
o Treated with a combination of antibiotics for the infection (called albendazole) and either surgical cyst drainage or resection

Liver abscess
o An infection of the liver associated with a collection of pus
o Most commonly caused by bacteria from other abdominal infections being transported to the liver via its blood supply, or via infection of a blocked bile duct (= cholangitis) tracking into the liver
o Although less uncommon in Australia, liver abscess can also be caused by a parasite called Entamoeba
o Patients with liver abscess may be very unwell with sepsis due to the infection
o Treated with a combination of antibiotics for the infection and drainage of the collection of pus

• Although pancreatic cancer is the 8th most commonly diagnosed cancer in Australia, it is 3rd most common cause of cancer death
• Despite significant advances worldwide in pancreatic cancer management over the last 10 years, only ~1 in 8 patients will remain alive 5 years after their initial diagnosis

What are the risk-factors for pancreatic cancer?

• Age – More common in patients over 60
• Smoking – At least 2-3-fold increased risk
• Obesity/metabolic syndrome – Almost doubles the risk
• Family history
o If you have 2 first-degree relatives who have had pancreatic cancer, this increases your individual risk by 15 times
o Also associated with certain inherited (= hereditary) conditions
• Importantly however, many patients diagnosed with pancreatic cancer have no recognisable risk-factors

How is pancreatic cancer diagnosed?

• Pancreas cancer can grow silently and the symptoms may be non-specific including upper abdominal pain, weight loss, or loss of appetite
• Unexpected development of adult-onset diabetes, or deterioration in blood sugar control in an established diabetic may be indirect evidence of pancreatic cancer
• Cancers of the pancreas located near the liver may cause blockage of the bile duct leading to darkening of the urine, pale stools, and yellowing of the skin and eyes (= jaundice)
• Many patients are diagnosed due to a suspicious lesion being shown on an imaging investigation

How is pancreatic cancer treated?

• The only proven way to potentially cure pancreatic cancer is to remove the tumour surgically and then complete a 6-month course of chemotherapy postoperatively
• Depending on what part of the pancreas is involved, surgery may require removal of part of the pancreas along with the bile duct and duodenum (known as a Whipple procedure), or removal of the end part of the pancreas along with the spleen (known as a radical distal pancreatectomy & splenectomy)
• Unfortunately, even with successful surgery and chemotherapy, pancreatic cancer is difficult to cure and many patients will ultimately die from their disease

Why does acute pancreatitis occur?

• The pancreas is an important organ that serves two major functions:
o The control of sugar in our blood via release of insulin
o Digestion of nutrition via release of certain enzymes into the digestive tract
• From an insult to the pancreas. Pancreatitis occurs when the enzymes of digestion are inappropriately activated within the pancreas rather than in the digestive tract
o The body recognises this as being abnormal and mounts an inflammatory response against the pancreas in an attempt to turn off the activation
o Unfortunately, this response can itself cause more problems, including compromising the blood supply to the pancreas
o A complex interplay of reactions can then occur which ultimately put the viability of the pancreas at risk, and potentially make the patient very unwell
• Most patients with pancreatitis will be unwell in hospital for a few days and then improve independent of any specific treatment
o A minority will develop life-threatening complications and may require extended periods being cared for in intensive care
• The most common causes of pancreatitis are gallstones and excessive alcohol intake
o Other causes include:
– Very high blood fat levels (= hypertriglyceridaemia)
– Very high blood calcium level (= hypercalcaemia)
– An endoscopic procedure used to access the bile duct (= ERCP)
– Certain medications
– Certain viral infections
– Activation of the patient’s own immune system against the pancreas (= autoimmune pancreatitis)

How is acute pancreatitis treated?

• For many patients, no specific treatment is required the body recovers on its own
• Further management is focussed on preventing another episode of pancreatitis, this may mean you’re recommended to have your gallbladder removed (=laparoscopic cholecystectomy), or advised to abstain from insults such as alcohol or certain medications
• Rarely other surgical or endoscopy procedures are required, though these normally occur as part of a complicated admission to hospital for severe forms of the disease

Serous cystic neoplasm
• A completely benign cystic growth that most often occurs in the head of the pancreas. Does not require consideration for resection or further surveillance.

Mucinous cystic neoplasm
• The most common cystic growth, with women 20 times more likely to have this develop compared to men
• Considered a pre-malignant lesion. The patient will usually be recommended to undergo surgical resection of the growth

Intraductal papillary mucinous neoplasm (= IPMN)
• A growth that occurs in the duct system of the pancreas which causes a blockage.
• These growths produce a substance called mucin which can lead to blockage
• Depending on the appearance of these growths on scans, you may be recommended to undergo surgery. 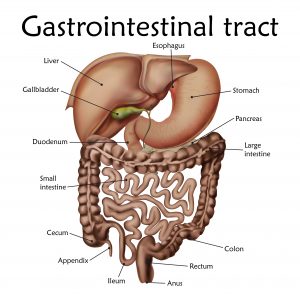 What are the risk-factors for gallstones?

What problems do gallstones cause?

• Biliary colic
o Temporary obstruction of bile outflow from the gallbladder by gallstones
o Causes gallbladder spasm and severe but episodic pain typically associated with meals, especially those with a higher fat content

How are gallstones treated?

• An uncommon cancer in Australia affecting ~2 out of every 100 000 people. Women are 3 times more likely to be afflicted compared to men

What are the risk-factors for gallbladder cancer?

How is gallbladder cancer diagnosed?

• Most patients will be diagnosed after their cancer is discovered unexpectedly following removal of their gallbladder for other reasons (usually for gallstone-related symptoms)
• Some patients may be having surveillance of a previously diagnosed gallbladder polyp
• More advanced forms of the disease may be diagnosed following investigations for abdominal pain, lethargy, loss of appetite, weight loss, or jaundice

How is gallbladder cancer treated?

• Some people diagnosed unexpectedly will not require further treatment
• Others will require further surgery after their initial gallbladder removal to remove associated lymph nodes and a small portion of the liver normally attached to the gallbladder as a way of knowing whether the cancer has been completely removed
• Rarely, patients with gallbladder cancer are diagnosed following suspicious imaging and proceed straight to a radical operation to remove the gallbladder, lymph nodes, and part of the liver all at once. This may be done with key-hole surgery.

Why are they a problem?

How are gallbladder polyps treated?

What are the risk-factors for bile duct cancer?

How is bile duct cancer diagnosed?

• This can be dependent on the position of tumour
• Extrahepatic and Hilar cholangiocarcinoma are more likely to cause blockage of the bile duct leading to darkening of the urine, pale stools, and yellowing of the skin and eyes
• Intrahepatic cholangiocacinoma may grow silently and may present with non-descript symptoms such as abdominal pain, weight loss, or lethargy
• Any of these cancers may be diagnosed after an imaging investigation undertaken for other reasons

How are bile duct cancers treated?

I look forward to discussing all aspects of your general surgical care in the future.

Get in touch
Scroll to Top